BSE in the banking system: Bear Sterns is stuffed. Who’s next? 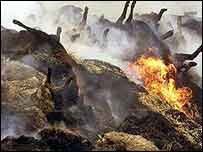 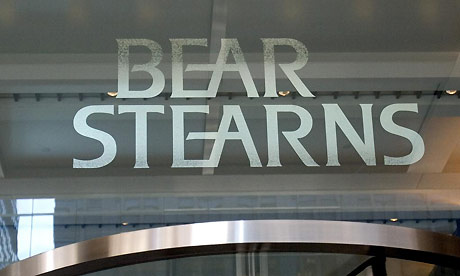 A while back I blogged on how BusinessWeek had done a fantastic job getting inside how Bear Sterns had, if we’re being generous, been overconfident about the reselling of sub-prime mortgages and similar stuff.

[Ralph] Cioffi [who set up and ran the funds] also used a type of short-term debt to borrow billions more; in some cases he managed to buy $60 worth of securities for every $1 of investors money. But he made a critical trade-off: For lower interest rates, he gave lenders the right to demand immediate repayment.

Now, Bear Sterns – after weeks of rumour – has had to get emergency funding after saying that its financial position had “deteriorated sharply” in the past 24 hours. Only the past 24?

But here’s the thing: all the reselling and leveraging of debt, in some cases producing up to $60 of “debt” from $1 of assets (and those assets not always too certain – how much is a house worth? Only what you can get someone to pay for it), was a way of feeding back into the system things that were already contaminated.

Which reminds me of the story that I covered in great detail in the late 1990s and early 2000s: BSE. Cows, fed ground-up cows. Any trace of disease (especially a brain-rotting one, which may have been endemic) gets transmitted throughout the (thundering) herd.

BSE turned out to be very, very hard indeed to eradicate – I’m not sure it’s gone away even now. (I’ll check the stats in a bit.) I think that the financial BSE in the system now is going to prove just as hard to get rid of; only when you flush all the crap that the banks have been feeding each other out of the system can you be sure it’s OK. And how long exactly will that take?

« At the Guardian: help! The internet only has 30 years to live! More BSE in the banking system: claiming income that wasn’t »