Why not explain the $700B bailout with a comic – you know, like Google? 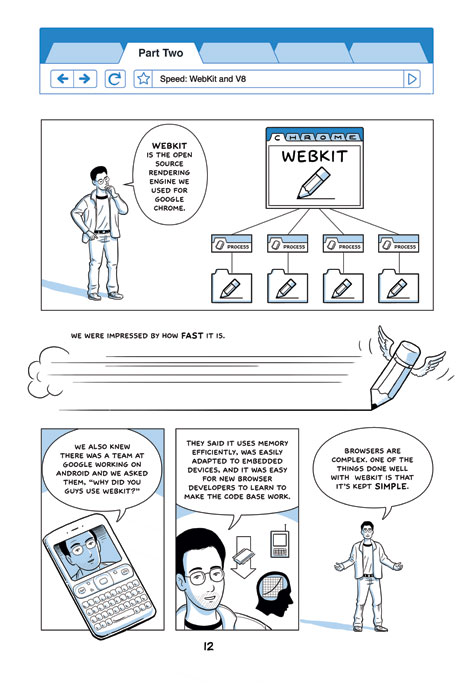 A very quick thought on the financial perhaps-it’ll-turn-into-a-full-blown crisis now engulfing the US stock markets.

Why, rather than writing up a bill said to be “the size of two bookends” to justifying the $700 billion bailout (really, a purchase of “toxic” assets whose real value is uncertain – so how are they sure they’re worth $700bn? – meaning that Wall Street gets real money to play with, while the US government owns lots of dilapidated homes in Florida) – why, instead of that, didn’t they just follow the example of one of the biggest companies around?

After all, when Google wanted to launch a new browser, it didn’t do it with big long thick press releases. (Or if it did, I certainly whizzed past it.)

Instead, it hired a cartoonist to explain it. Which he did, very thoroughly, making the problems of runaway processes, browser hangs, Javascript compilation and regression testing comprehensible to anyone who has got past moving their lips while they’re reading. (Unless they’re giving speeches, of course, President Bush.)

I do think there’s just a chance that a cartoon might have made it all moer comprehensible. Not least to the poor American electorate who are going to have to explain to their children why their banks are all owned by China. And their car makers. And supermarkets. Though their houses – ah, their houses are their own. In fact, everyone’s.

I wonder what that comic would read like, though? Anyone care to hack the Google Chrome one? It’s Creative Commons, after all.

« Imagine the regulation stink if British banks hadn’t been allowed to deal in toxic loans You said it was missing an ‘a’ or a ‘a’, Mr Coren? »